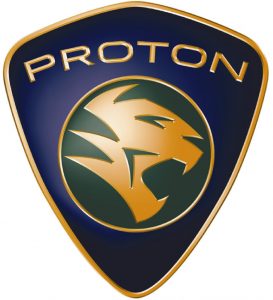 Are you familiar with the phrase, product launch? For those of you who are working in the business industries, you have probably heard of this or even witnessed it yourself.

However if you have not heard of it, according to the Cambridge Dictionaries Online, a product launch is “the time when a new product is introduced for sale the first time, or an event arranged to attract attention to this”. Or in other words, a product launch is an event especially for the first look or introduction to a brand new product that the company has just released and wishes to sell it in the near future.

These launches give the public and the media a chance to hear everything about the product before any negative reviews are given.

However our latest product launch that we were recently involved in is one of the most exciting yet! It was not too long ago in Tanjung Malim, Perak with Proton Holdings Berhad during their launch of the brand new Proton Iriz. 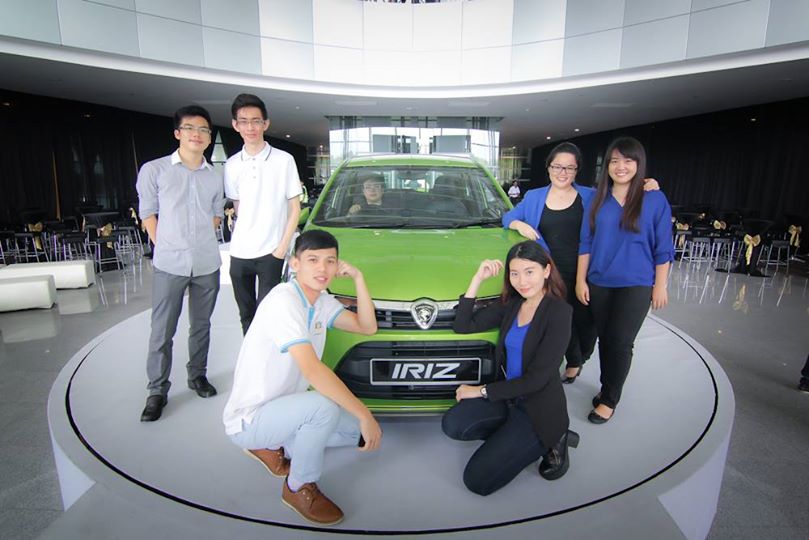 Meanwhile at our photo booth, it was busy! 123Cheese had two photo booths going on at the same time during the Proton launch event. One of the booth’s set up was blue and the other was green thus matching the Proton Iriz that was released in those two main colours. Proton requested all the instant print outs in 5R size. So it was slightly bigger than the ones that we normally print out. After the photos from the photo booth was printed, we placed them each in frames that was already provided which was then inserted into a paper bag along with a catalogue and CD to be given out to the guests as door gifts.

Overall, although it was tiring for all of us it was also such a great day and we were honoured that 123Cheese had the chance to be there for Proton Iriz’s launch. 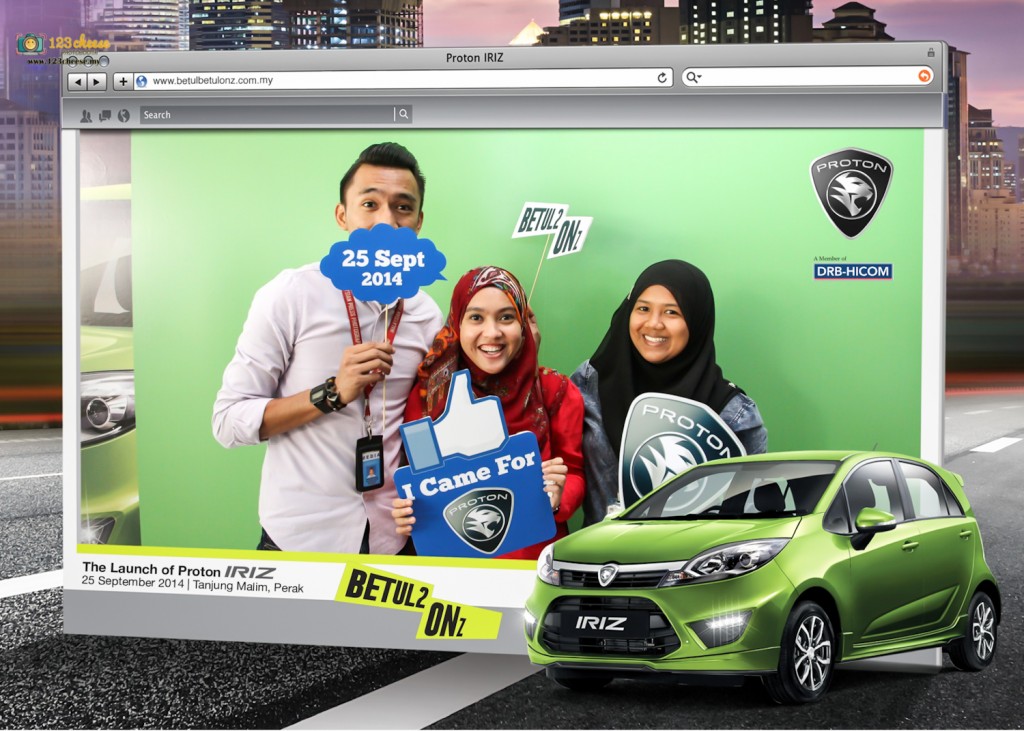 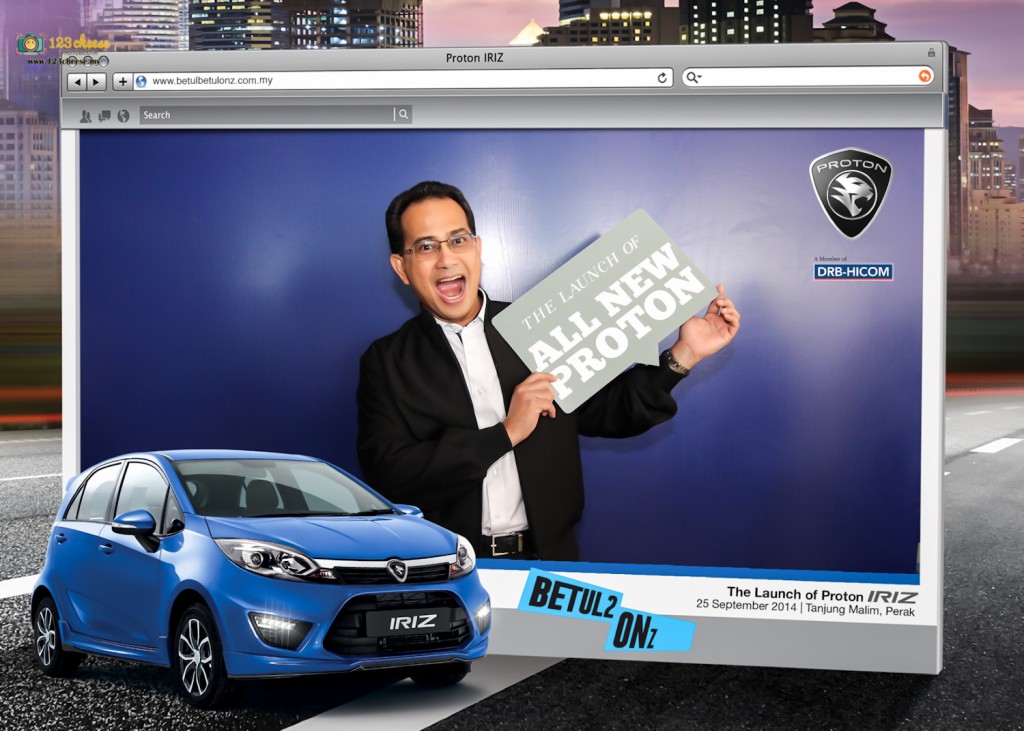 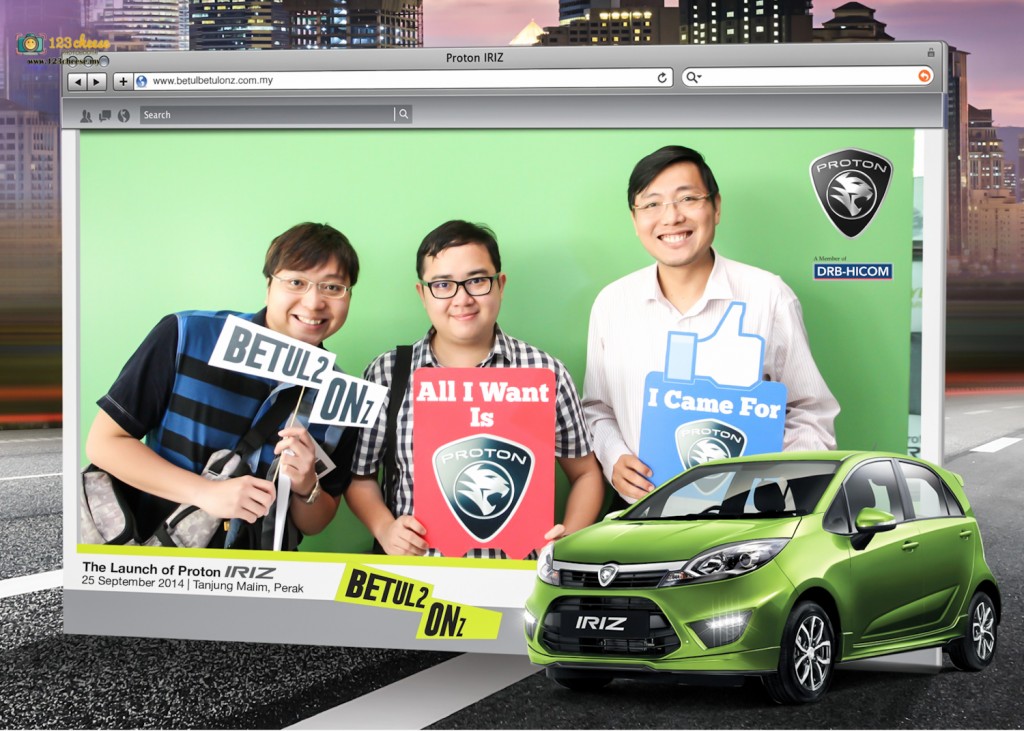 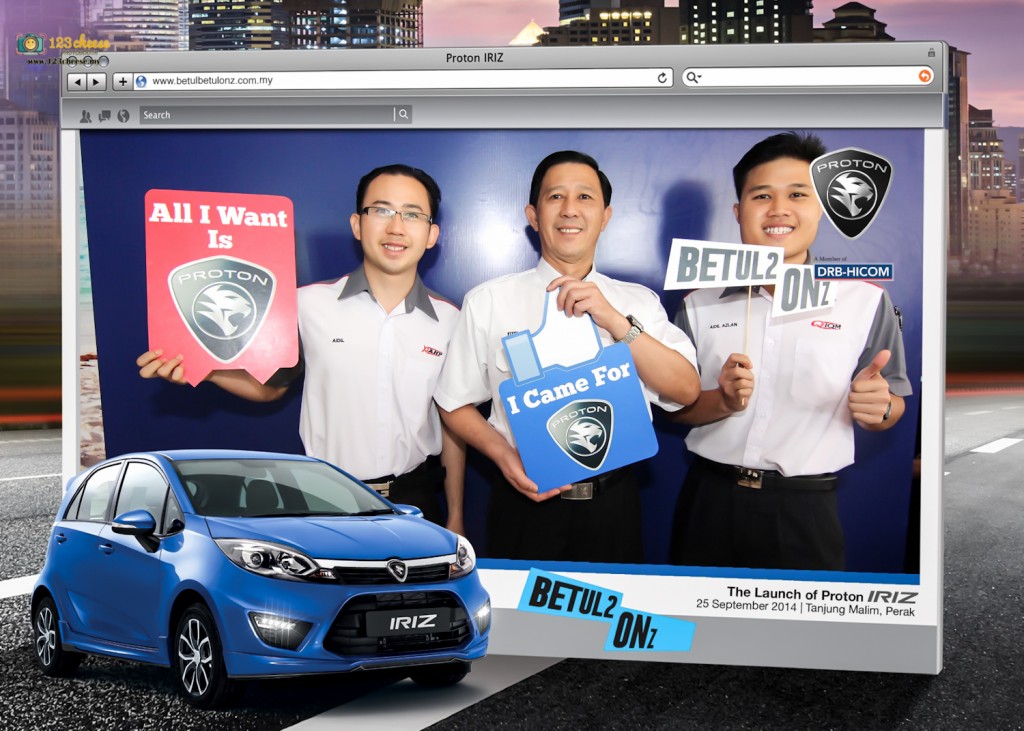 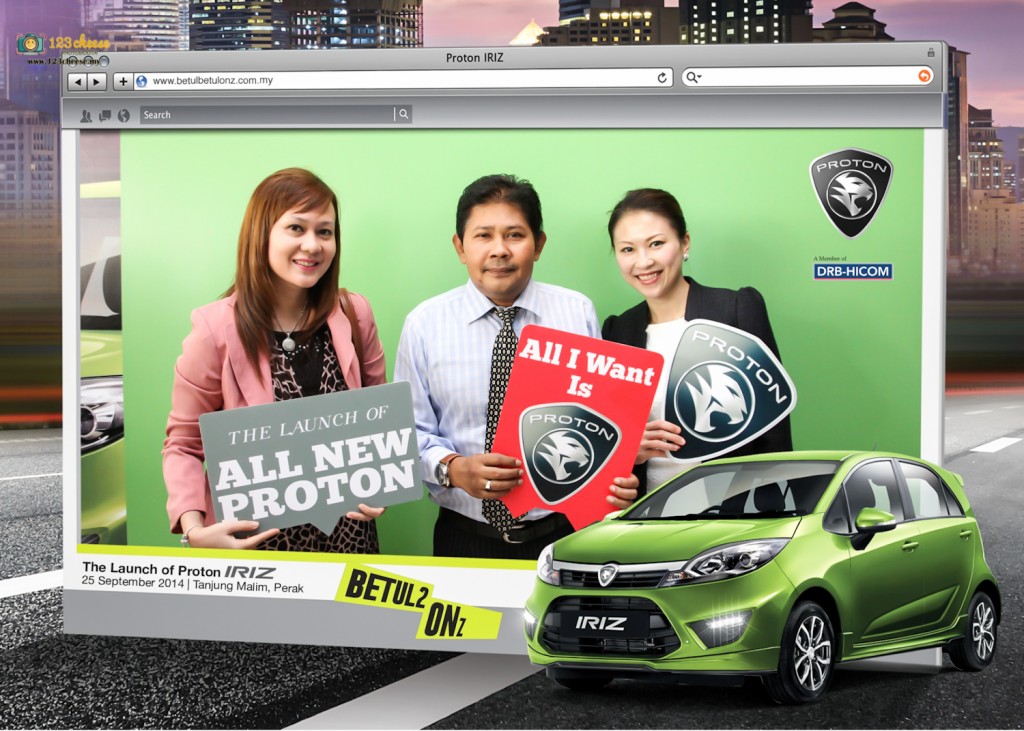 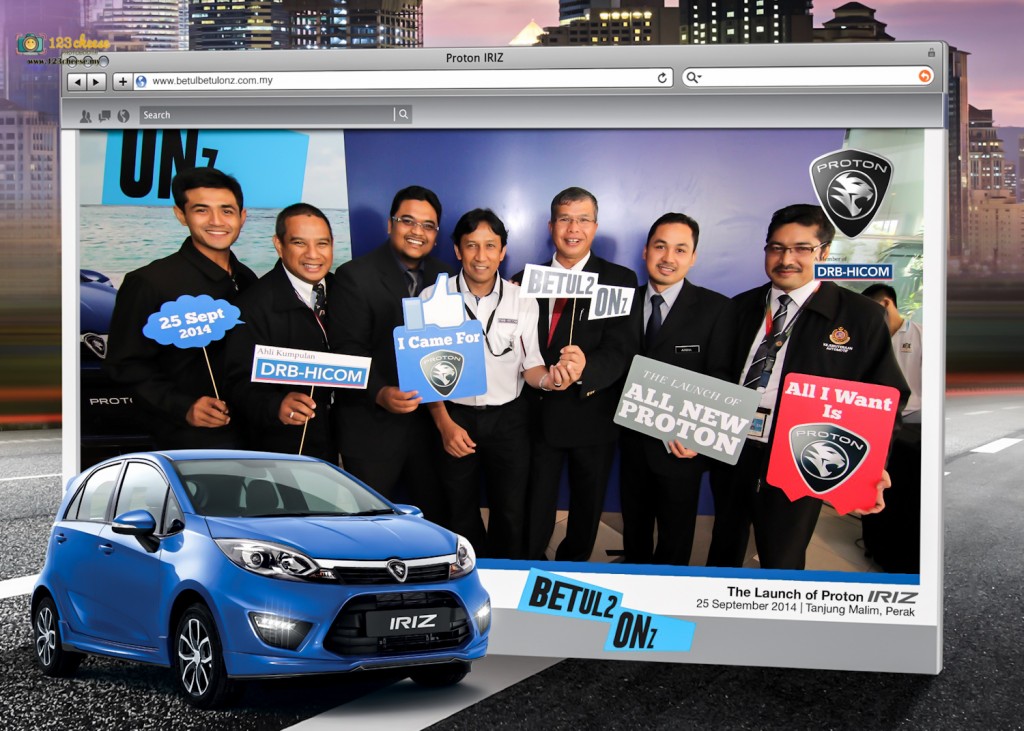 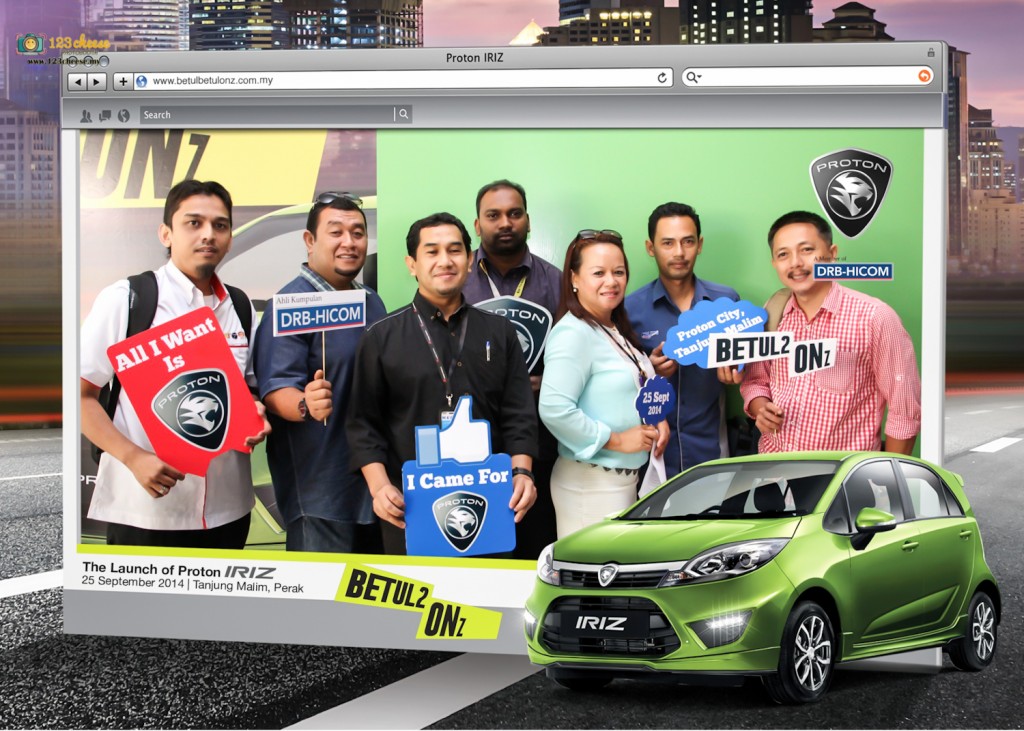 Interested in our services? 123Cheese cater photo booth rental, event photo shoots and also videography. You can reach us at 019.3233.868 or 019.322.9640 for more information and details about the packages that we offer.

Recently, we have also launched brand new Combo Packages combining 123Cheese photo booth, professional photography and videography priced at a marvelous deal! Be sure to check that out too.