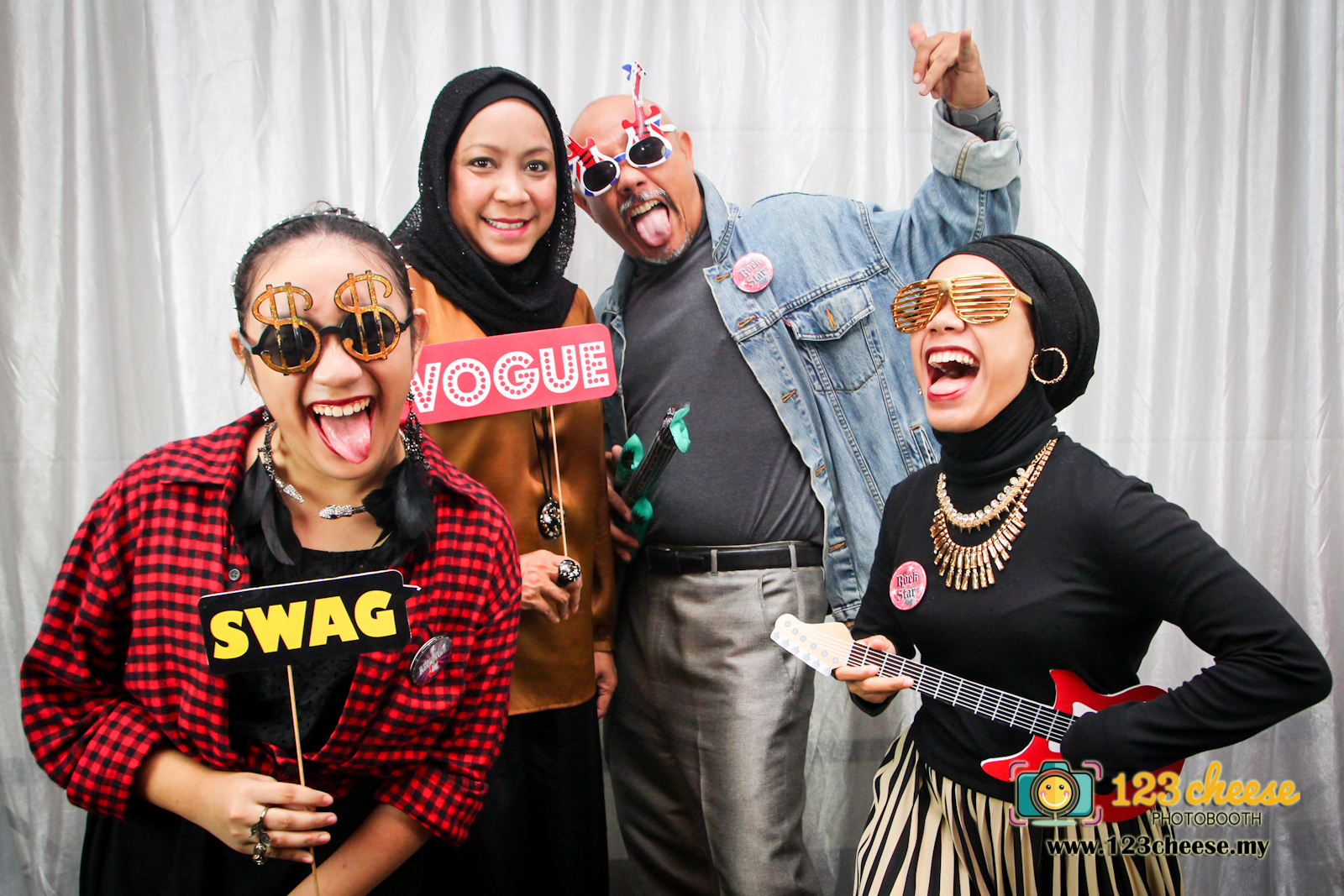 60th is one of the important milestones in our life time! That person sure has gone through the ups and downs of life during these 60 years. Same to Jeff, who is also known by Dato Jaafar Abdul Hamid. So, his daughter decided to hold a surprise birthday party by inviting Jeff’s friends and old schoolmates!

The theme of the surprise birthday party was ROCKER!! Everyone still can be a rocker during his/her 60th! All the guests were dressed up in black leather and stonewashed denim with rocker’s accessories, such as rocker bangles, bracelets and scarves. Even the 1-year-old-baby was also wearing “ROCK N ROLL” t-shirt! 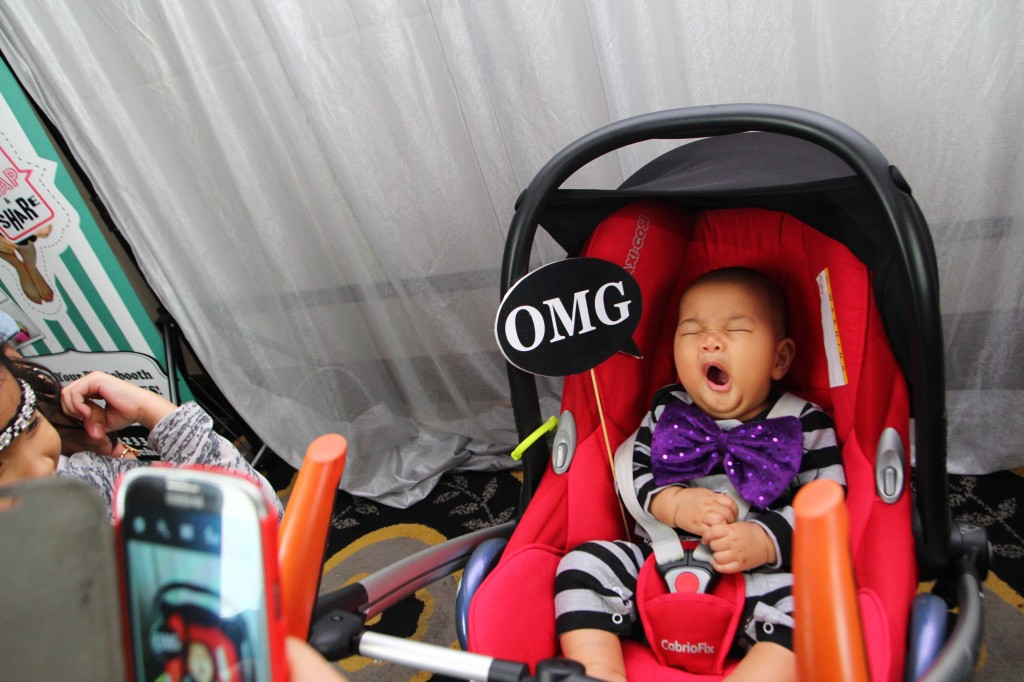 Every guest reached at the party earlier than Jeff and his wife as they wanted to prepare themselves to give him a BIG surprise! Everyone shouted out “SURPRISE!” when Jeff and his wife opened the door. At the same moment, the live band started to play music and everyone was welcoming the arrival of Jeff by wishing and hugging him! Then, the birthday party started!

Jeff dropped by at 123Cheese photobooth and took lots of amazing photos with his family and friends. Although he and his friends were over 50 years old, but they still like to capture photos and pose with the customised funky props. After done the photo shooting, they laughed out loud when they looked at the taken photos which printed instantly. 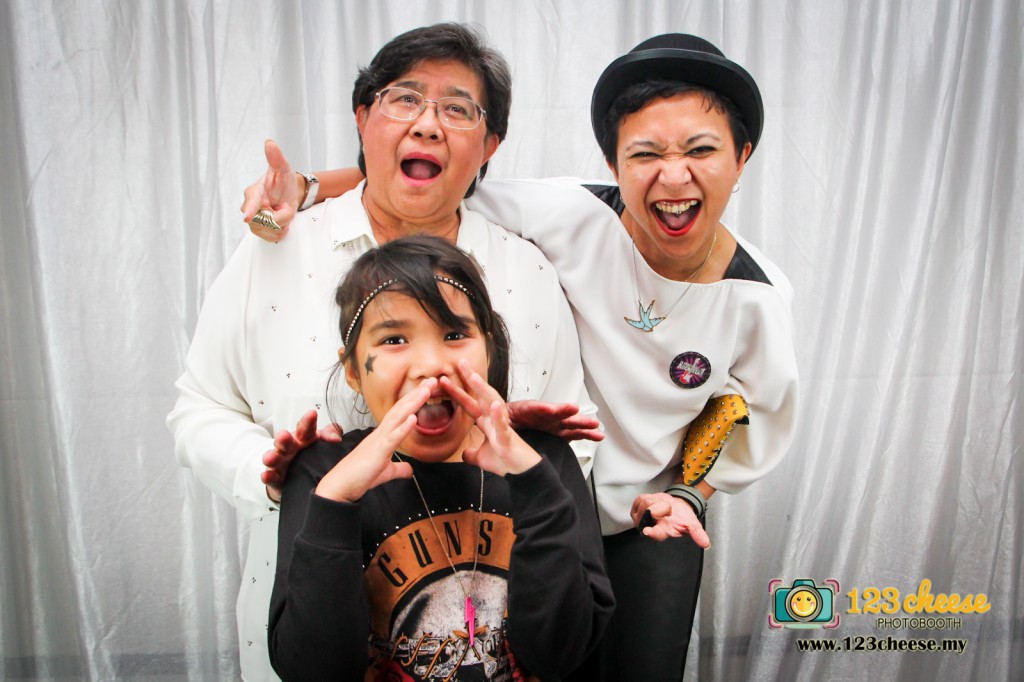 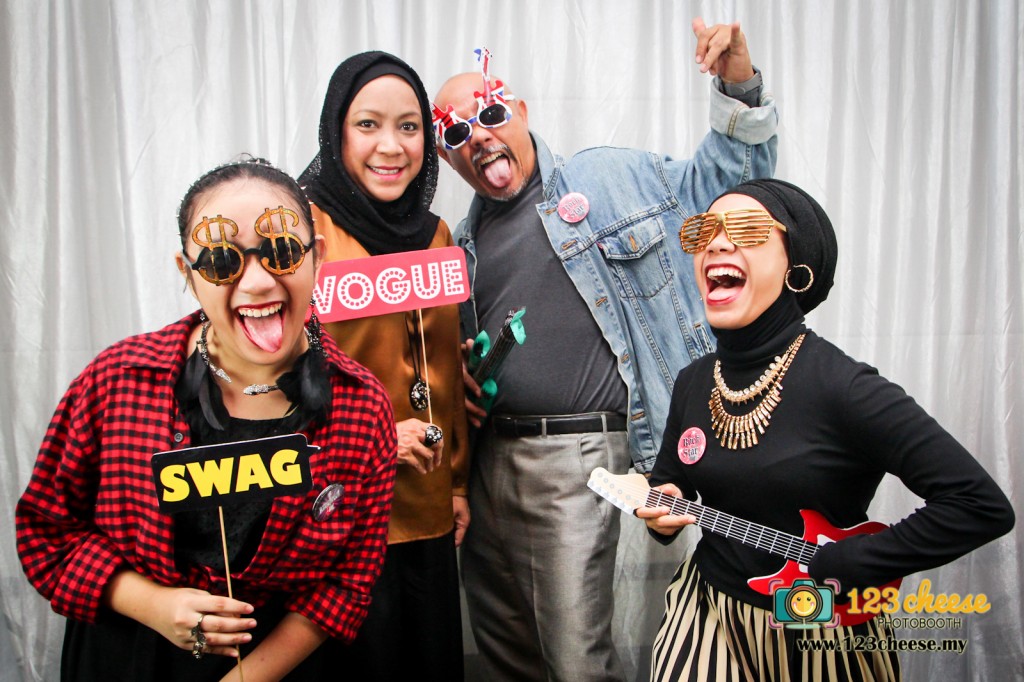 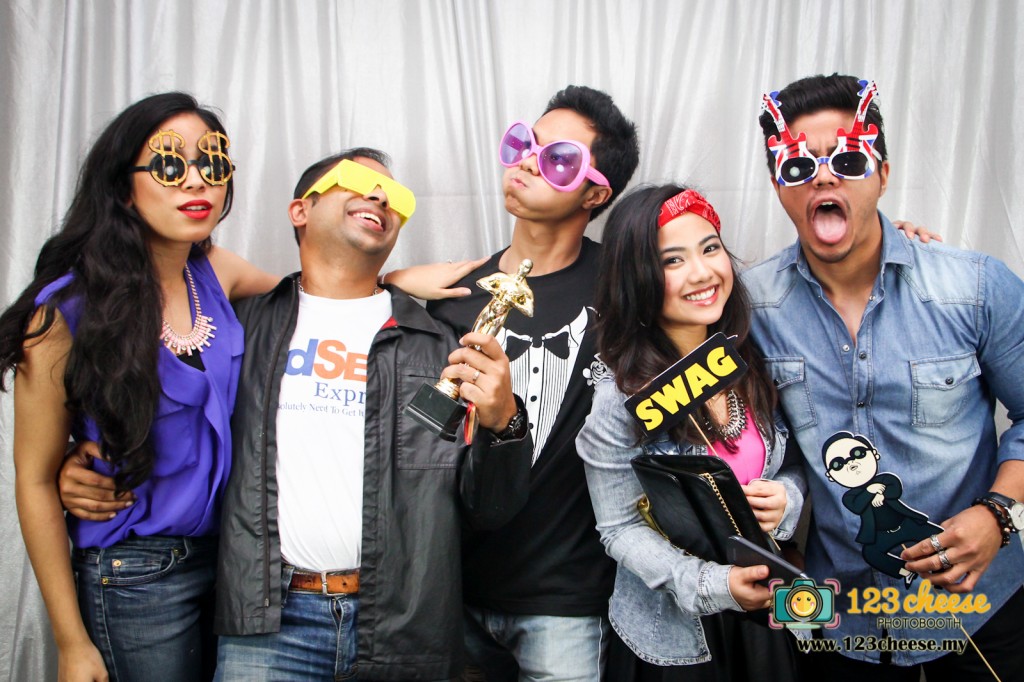 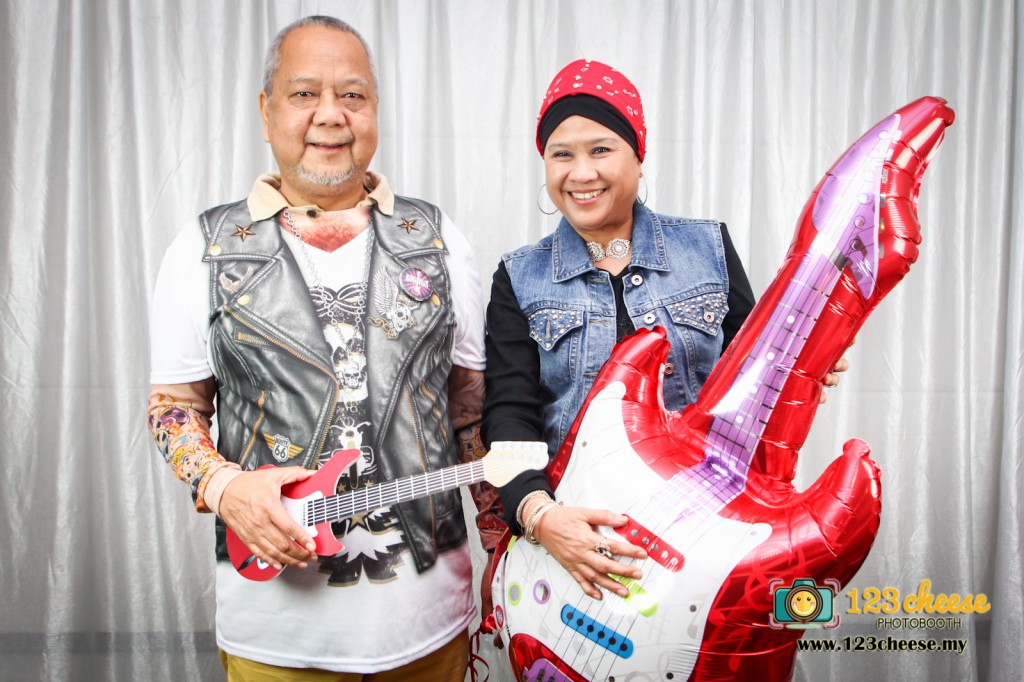 Jeff and his lovely wife. 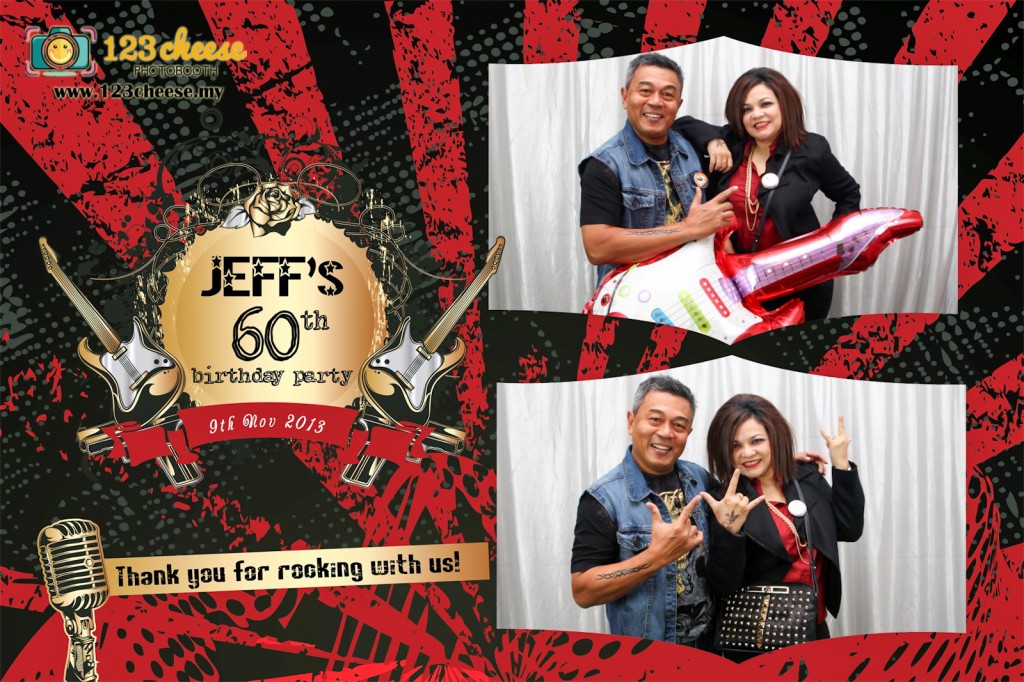 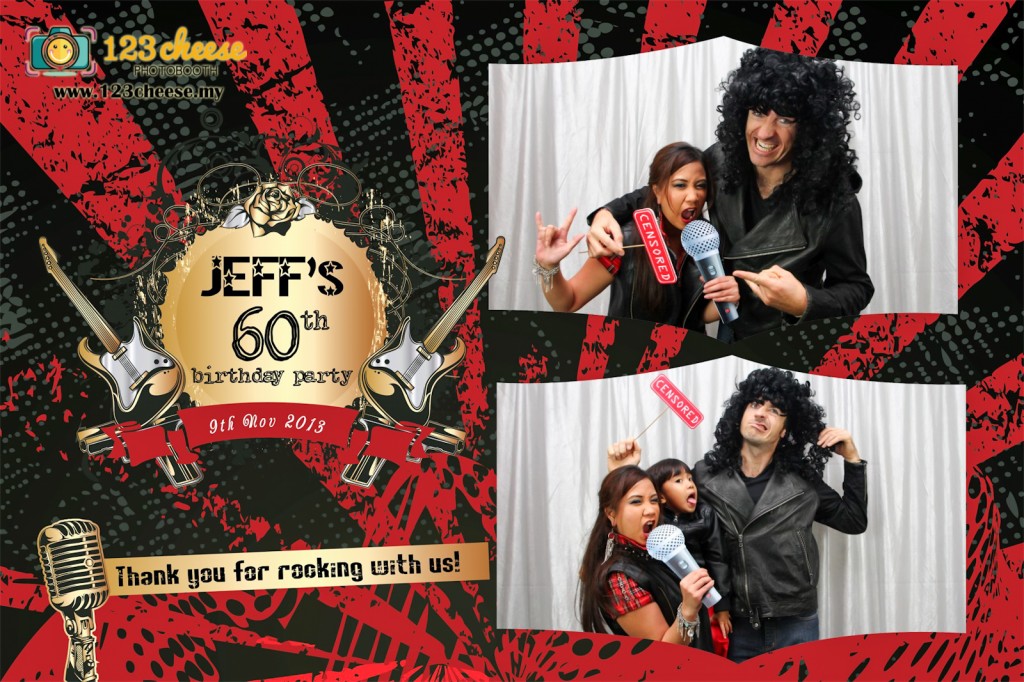 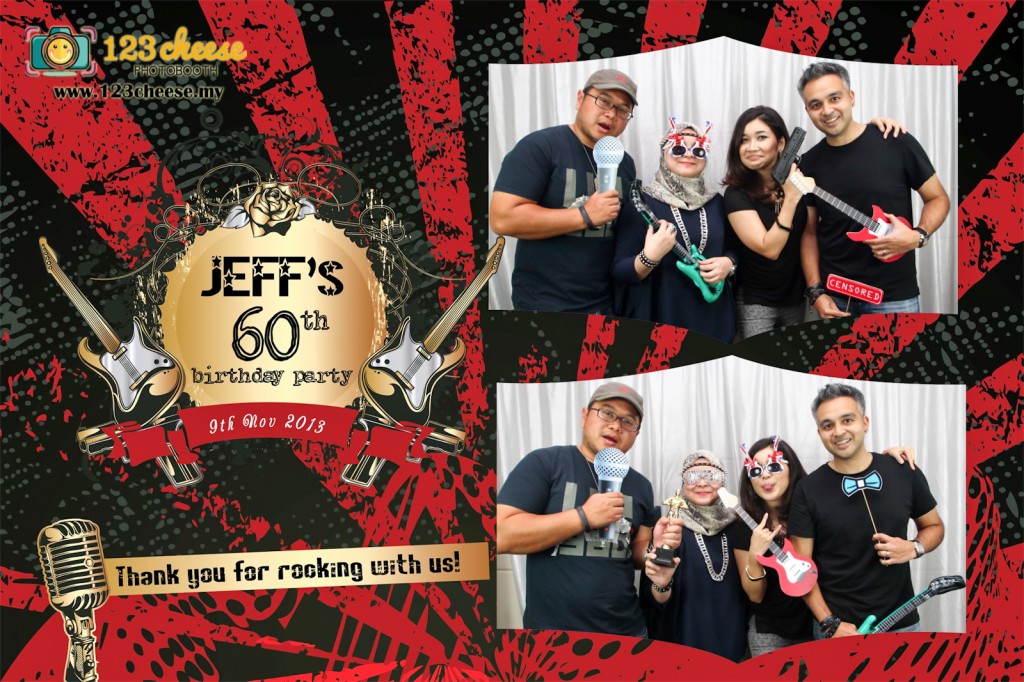 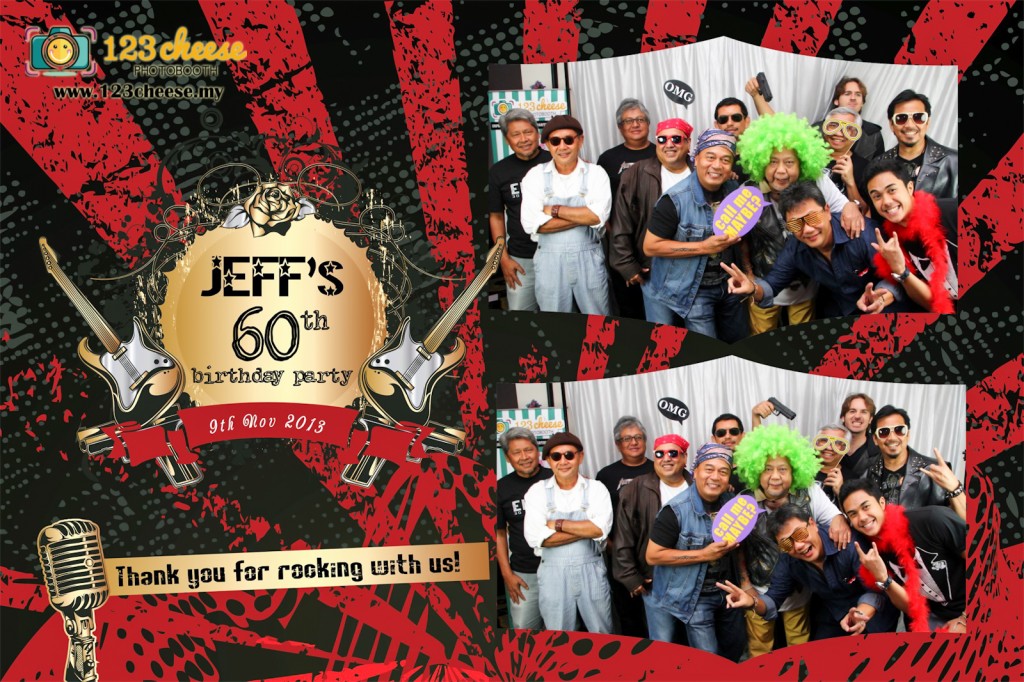 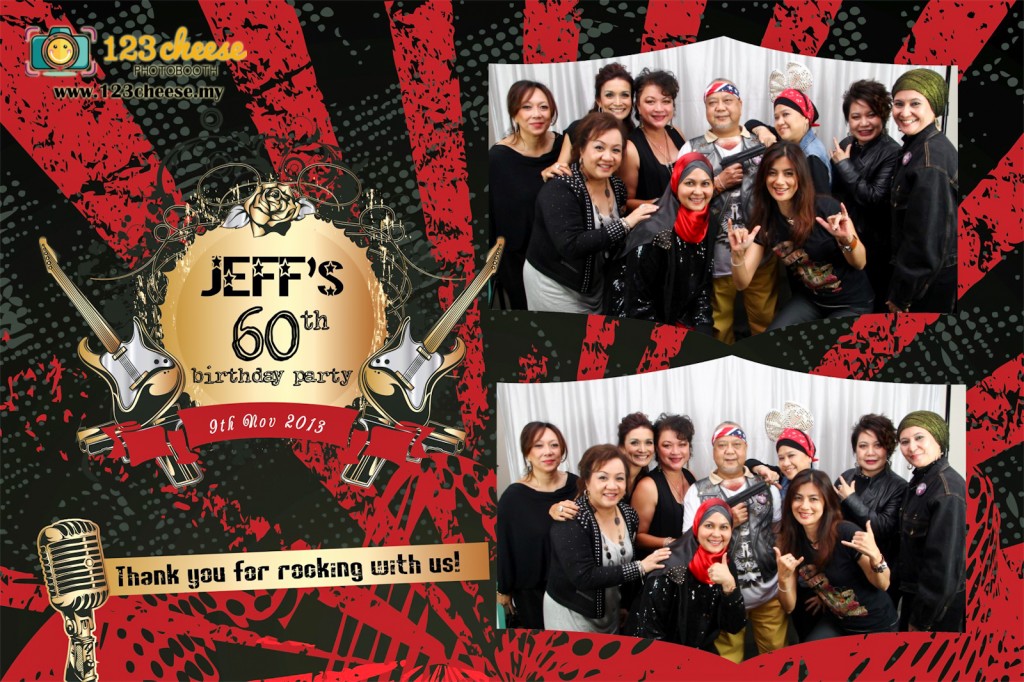 Lastly, 123Cheese photobooth team would like to wish Jeff, may your 60th Birthday be as magnificent as you are.